A 1986 World Environment Day message from the Dalai Lama

An Ethical Approach to Environmental Protection 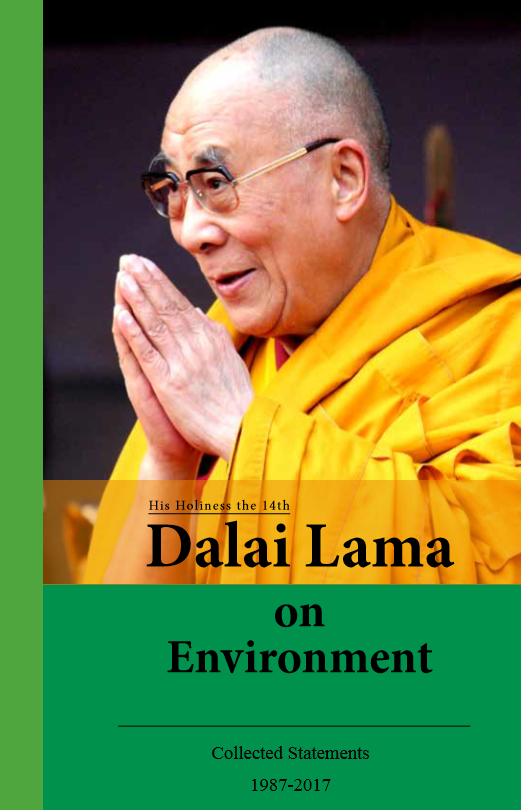 Peace and the survival of life on earth as we know it are threatened by human activities which lack a commitment to humanitarian values. Destruction of nature and nature resources results from ignorance, greed and lack of respect for the earth’s living things. This lack of respect extends even to earth’s human descendants, the future generations who will inherit a vastly degraded planet if world peace does not become a reality, and destruction of the natural environment continues at the present rate.

Our ancestors viewed the earth as rich and bountiful, which it is. Many people in the past also saw nature as inexhaustibly sustainable, which we now know is the case only if we care for it. It is not difficult to forgive destruction in the past, which resulted from ignorance. Today, however, we have access to more information, and it is essential that we re-examine ethically what we have inherited, what we are responsible for, and what we will pass on to coming generations. Clearly this is a pivotal generation. Global communication is possible, yet confrontations take place more often than meaningful dialogues for peace. Our marvels of science and technology are matched if not outweighed by many current tragedies, including human starvation in some parts of the world, and extinction of other life forms.

Exploration of outer space takes place at the same time as the earth’s own oceans, seas, and freshwater areas grow increasingly polluted, and their life forms are largely unknown or misunderstood. Many of the earth’s habitats, animals, plants, insects, and even micro-organisms that we know of as rare or endangered, may  not be known at all by future generations. We have the capacity, and the responsibility. We must act before it is too late.

This message from His Holiness the 14th Dalai Lama of Tibet was issued on June 5, 1986 to mark the World Environment Day on the theme Peace and the Environment.