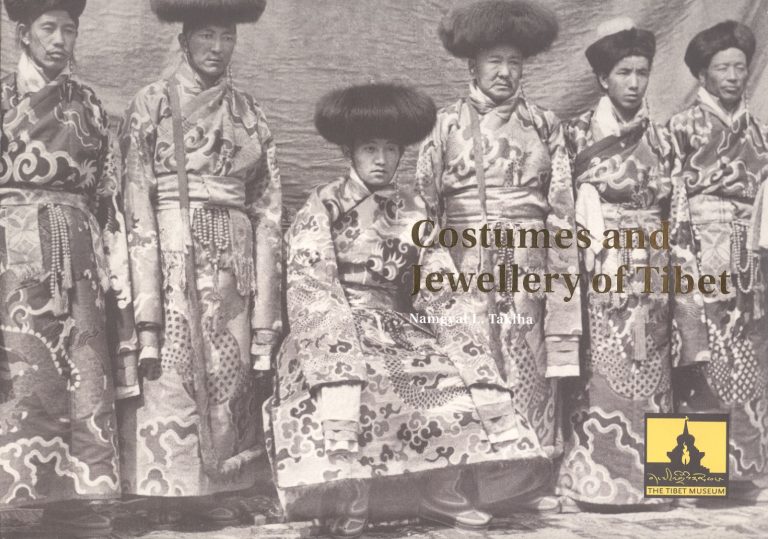 Traditional Tibet was a land of hats. These hats were worn to protect Tibetan heads from the searing summer sun and bitter winter wind and cold. According to Namgyal L. Taklha, the author of Costumes and Jewellery of Tibet, Tibetans in old Tibet wore about 140 different hats of diverse shapes, size, colour and material. This culture of hats was festooned on all Tibetan heads, those of high lamas, monks, government officials, farmers, nomads and merchants. In fact, in the 17 and 18th centuries, travellers and scholars to Tibet identified different schools of Tibetan Buddhism into “Yellow and Red Hats”, such was the prominence given to hats in Tibetan religious ceremonies. The Gelug School was identified as the Yellow Hats and the Kagyu as the Red Hats.

Surely, the most famous hat in all Tibet belongs to the Karma Kagyu whose spiritual head is the Karmapa. The black vajra crown, commonly known as the Black Hat, worn by the Karmapas, is reputed to be woven from the hair of one thousand dakinis, or sky-fliers. Tibetans believe that if this hat is not held down by the hand of its owner, the hat, like the sky-fliers, will fly away.

But Namgyal Taklha’s massive pictorial book is not just about Tibetan hats. The book provides a history of Tibet and its people and gives a comprehensive record of the costumes worn by the clergy and laity in the three provinces of Tibet and the jewellery with which they bedecked themselves.

The French scholar on Tibet, Heather Stoddard, in her introduction to the book, has this to say about the value of Namgyal Taklha’s work. “By exploring and recording authentic Tibetan costume and jewellery, by providing precise terms and techniques, and giving background stories, this book will keep the tradition alive, and in the long run even permit the reconstitution of the costumes that have fallen into oblivion. This book provides a precious database on which to build and renew the knowledge and practical use of traditional Tibetan costume.”

The author says she was inspired to work on “Tibetan clothing when I had the honour and fascinating experience of working as the technical advisor for the costumes, jewels, hairstyles and interior rooms on Kundun, Martin Scorsese’s beautiful movie about the life of His Holiness the Dalai Lama.”

She writes in her introduction to the book that the heads of the Hollywood film production departments were mostly Italian, each famous in his or her field. The author says, “Every day I marveled at their expertise, dedication and hard work. The sets they created In Morocco of Lhasa’s Norbulingka and Potala Palaces, and His Holiness’ birthplace in Amdo were so realistic that Tibetan actors sobbed when they first saw them.”

The cover of Namgyal Taklha’s book is graced with a photograph of seven Tibetan aristocrats dressed in their official finery. The author’s father is in the middle, sitting on a chair.

As I have written elsewhere, “Costumes and Jewellery of Tibet is a haunting book that triggers nostalgia and longing for a world that is disappearing before our very eyes. It re-creates the world of old Tibet for the benefit of new generation of Tibetans.”

*Thubten Samphel is a writer and an independent researcher on Tibet and a former director of the Tibet Policy Institute.

Previous Post A Playbook for the New Great Game? Next Post China’s Assertion of Sovereignty On Tibet’s Spiritual Space
Menu