CONFERENCE ON COMMUNITIES, ECOLOGY AND EXCHANGES IN THE HIMALAYAS 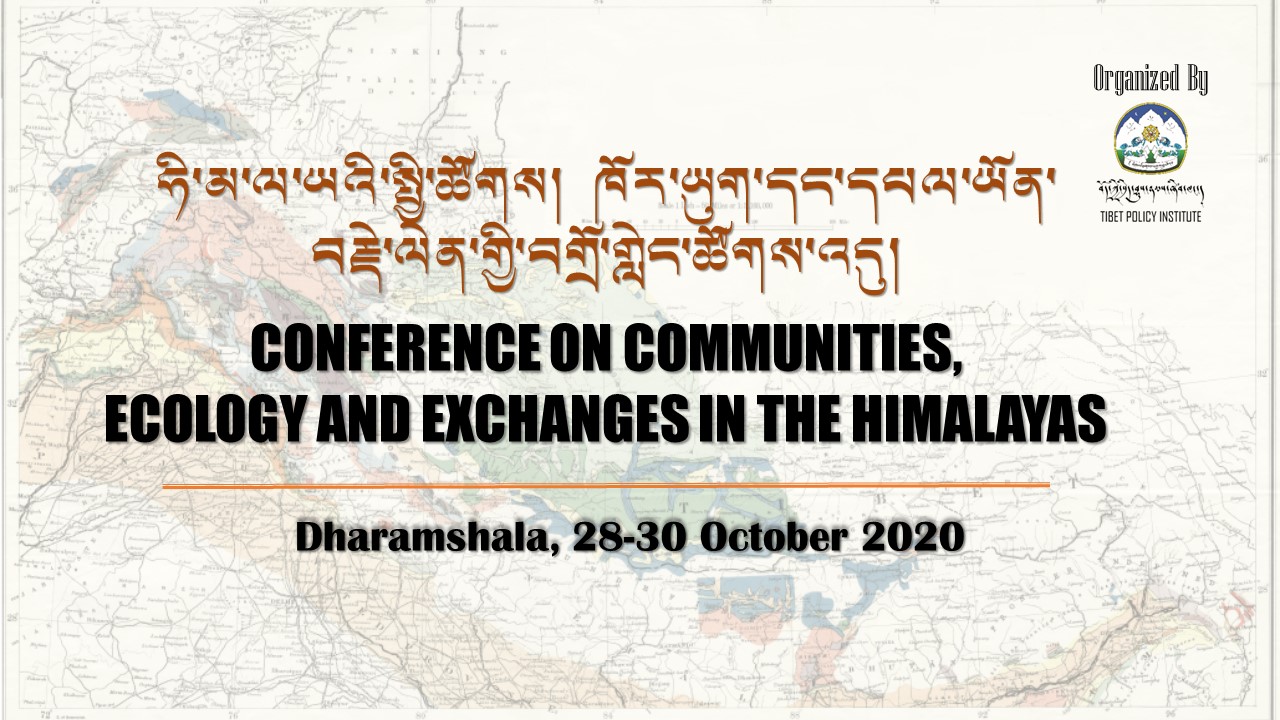 In 1941, the pioneering scholar and iconoclast Gendun Choephel prepared to dispatch his manuscripts en route to Sri Lanka. These manuscripts, product of his intellectual labour of over seven years meandered on ship, tram and yak across seas and mountains to his home in Amdo. Within that package, it included a work that is later translated into English as Grains of Gold: Tales of a Cosmopolitan Traveler. Giving the geographical description of the Himalayas in this work, Gendun Choephel writes:

Taking the mountain range of the Himalayas in general to be the “snowy region,” one must consider the entire region, from Oddiyana in the west up to the Kongpo region in the east as well as up to Dartsedo, to belong within the sphere of a single mountain range. Similarly, sometimes [in texts] it is said that places such as Kiimarupa (Assam) are in the snowy region.

The conference convened by the Tibet Policy Institute will bring scholars from the Himalayas and scholars devoted to the study of the Himalayas to present their scholarly research on the theme: Communities, Ecology and Exchanges in the Himalayas.

Critical research on the Himalayas has unravelled the myth of the Himalayas as a hermitically sealed unit in the imagination primarily centred in British India and its imperial sphere.  Before the advent of modern states in the region, borders moved and exchange of ideas, culture, goods and people carried on unchecked by the topographical challenge posed by the majestic young mountain range.

Reflecting the polity of our time and historical processes, Himalaya is now part of various Nation states, most noticeably the incorporation of Tibet in the People’s Republic of China after its occupation in the middle of twentieth century.

Ecologically fragile, this region is susceptible to drastic transformation in anthropocene of human epoch. It behoves scholars to reflect and conduct research on the transformative impact on ecology and communities inhabiting the region heralded by the climate change.

We invited finest scholars from the Himalayan regions of India, Bhutan and Nepal. Scholars are requested to summit their papers ahead of the conference and the proceedings of the conference will be published later in an edited volume.