The Universe in an Atom and Tibet in Science

Tucson, 25 April —Is the brain a computer? Does it process conscious information as output? When, where and how did consciousness evolve? 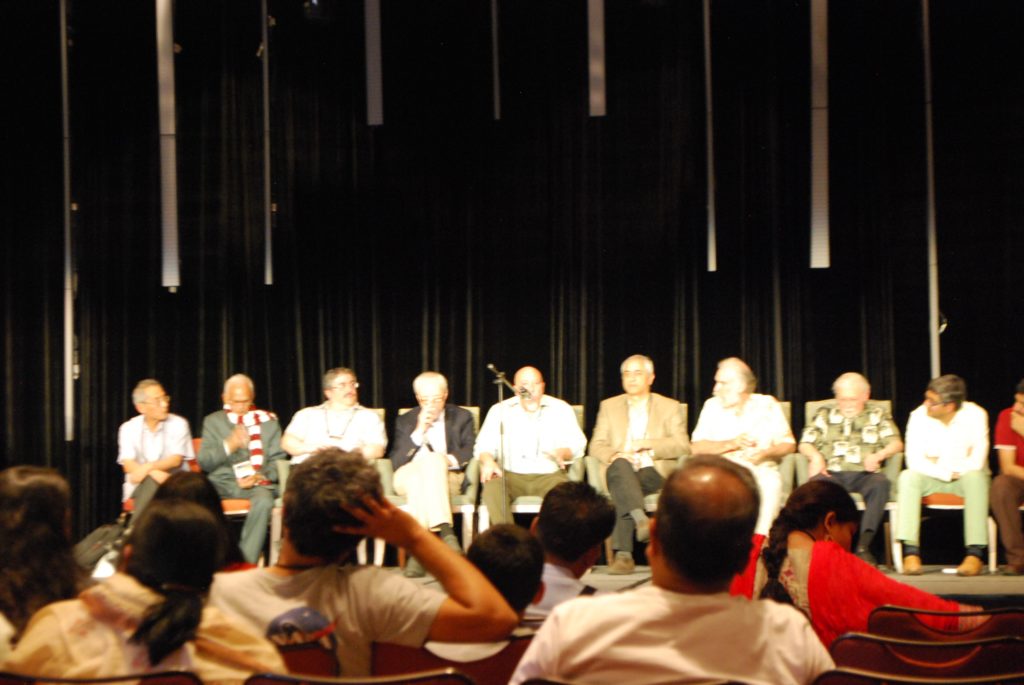 These were some of the many questions top Indian and Western minds in their respective fields tackled at the Science of Consciousness conference which opened today in one of the beautiful parts of Arizona.

The science of consciousness 2016 in Tucson, according to the organisers, marks the 23rd anniversary of the international, interdiscliplinary conference on the fundamental question of how the brain produces conscious experience. The conference was organised by the Centers of Consciousness Studies at the Universities of Arizona and Michigan and the Dayalbagh Educational Institute in Agra. Organisers say this conference bring perspectives on these questions from neuroscience, philosophy, medicine, quantum physics, Eastern wisdom and many other disciplines. During the week-long retreat 1000 participants are expected and over 500 abstracts were submitted.

One participant was Thubten Samphel, the director of the Tibet Policy Institute based in Dharamsala. He spoke at the plenary session on Behind the Myths, Tibet’s Buddhist Culture. He said, “Where does science and Buddhism meet? What scientific fire is there behind the smoke of the myths surrounding Tibet.” 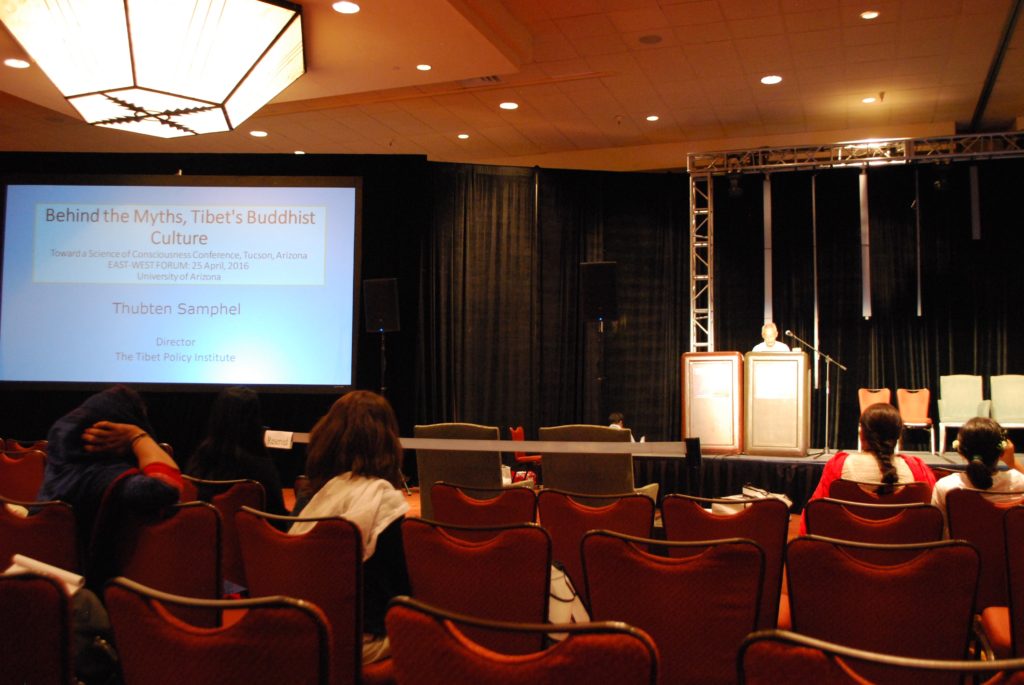 He answered his own question by stating that science and Buddhism meet in our study and understanding of human psychology. He pointed to the Tibetan Book of the Dead as a Buddhist contribution to understanding human psychology with its exploration of the various levels of consciousness from the gross to the subtlest levels. He quoted Carl G. Jung, rival in fame and scholarship to Sigmund Freud universally claimed as the founder of psychology, as saying Bardo Thodol “contains the quintessence of Buddhist psychological criticism; and as such, one can truly call say that it is of unexampled superiority.”

During the course of his presentation, Thubten Samphel spoke on the great efforts made by Tibet to transplant Buddhism from India. He considered this effort one of the greatest conscious importation of knowledge from one culture to another of the ancient world. He said Buddhist knowledge of the workings of the human mind makes available to individual persons the tools of inner technology to become happier and more productive human beings.

The other Tibetan participant was Dr. Lobsang Rapgey of UCLA. He spoke on “Is Mindfulness-based Stress Reduction Really Mindfulness: An Exploration into the Richness and Potential for Advancing the Understanding and Application of Mindfulness.