Whether you call it an internal power politics or genuine anti-corruption drive, former member of the Politburo Standing Committee and security czar Zhou Yongkang, was finally trapped in Xi Jinping’s net. Zhou was in fact no small catch for Xi Jinping. The whole episode of Zhou was a big challenge for Xi’s administration. No wonder, as a chief of the Central Politics and Law Committee for nearly a decade, Zhou commanded internal security budget bigger than the national defense that reflected Zhou’s clout and authority over the collective leadership.

Who could have imagined that Zhou Yongkang would be prosecuted? 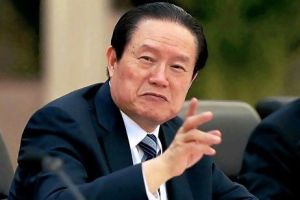 The ugly episode of Zhou unfolded with the downfall of Bo Xilai. It was a time when China prepared for the national leadership transition in late 2012. Bo’s henchman, Wang Lijun, the police chief of Chongqing, disclosed the murder of the British businessman Neil Heywood and all the crimes that he was entrusted with exploded in the open in the aftermath of his famous escape to the American consulate in Chengdu which prompted Bo’s downfall.

While writing this article, not to my surprise, anti-graft busters put Ling Jihua under corruption investigation. Ling, a right hand guy of former Party boss Hu Jintao, was the most successful among five siblings. Ling was a preferred candidate in the Politburo of the 18th Party Congress from Hu’s camp until his 23-year- old son, Ling Gu’s Ferrari scandal became exposed.

At the time of the accident, Gu was found dead in his car with two Tibetan girls. They were Tashi Dolma, daughter of a deputy director of the Qinghai Provincial Public Security Department, and Yang Ji, a student at China University of Political Science and Law in Beijing, reportedly the daughter of a well-known high incarnate Tibetan Lama also from Qinghai. They were both critically injured according to South China Morning Post.

The same source said that despite Yang Ji’s recovery from her injuries, she was given an injection after which she fell into coma and later died.

South China Morning Post also reported that the families of the two girls were paid hefty compensation to conceal the news being spread. One interesting thing in this story was the money paid to the families was made through China National Petroleum Cooperation – a sign of behind-the-scenes jockeying.

Senior Ling was eventually demoted and was made in charge of the affairs of ethnic minorities as the head of United Front Work Department (UFWD). The move against Ling signifies that even incumbent senior officials are not secure.

Now who will be the new director of the UFWD?

It’s a matter of time for the Party-run court to impose lengthy sentences for Zhou and Ling. Earlier Bo was given a life imprisonment and most probably the duo will face a similar sentence or more severe – a death penalty? 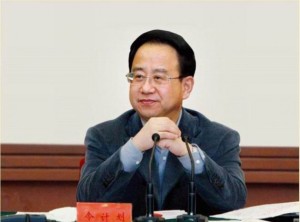 This writer’s observation and understanding of China’s power politics is that the party elders have possibly reached a consensus with the present leadership on corruption issue in which Zhou and Ling were a sacrifice. Apparently, Xi receives the upper hand over many issues particularly in selection of his protégé in significant positions in the forthcoming Party Congress.

Over a year, Xi Jinping outruns his two predecessors, Hu and Jiang, in their visits to military command posts which many veteran China analysts predict as Xi’s strategy of winning the loyalty of the People’s Liberation Army (PLA) – an important faction in China’s power politics. At the same time prosecution of General Xu Caihou, former vice-chairman of the powerful Central Military Commission sends a strong signal to the incumbent military leaders that even “tigers” are not immune. This indicates how strong Xi has become over a couple of years and the old tradition of keeping high-level officials immune from scrutiny has broken and the subject remains no longer taboo in the public domain, but final say is still with the Party.

It goes without saying that Zhou and Ling’s downfall is a big achievement for Xi and his entire anti-corruption team led by Wang Qishan. The duo’s arrest may slow down the concerted effort put up by China’s graft busters but it doesn’t imply that Xi will end the war against corruption. Perhaps it’s too early for Xi to leave the battle ground and assume victory.

At the end of the day the real gamer is Xi himself.