China’s Ploy in the Riparian Countries

China, a country known for its smoggy sky and hazardous environmental conditions, has become a prospective global leader on climate change. The environment is already a massive and potentially explosive issue in China and there is a huge domestic pressure on framing and implementation of better environmental policies. With Premier Li Keqiang’s pledge during the National People’s Congress on March 2017, to “Make the sky blue again,” China understands its severe environmental problems and the need to find a solution as soon as possible.

China’s 13th five-year plan for energy development, covering the period from 2016 to 2020, was officially published in early January, 2017. It outlines a strategy to reduce reliance on coal and to achieve minimum share of 15 percent of non-fossil energy sources. Specific targets include an additional 60GW of hydropower. China having dammed most of its rivers are now looking to explore Tibetan rivers as potential sources of energy.

The Tibetan Plateau has the largest reserve of fresh water outside the two poles, making it a source of major international rivers running across Asia. China, now in a position of control over these water resources, makes the riparian countries more dependent on incoming water from Tibet.

Moreover, China voted against the UN Convention on The Law of Non-Navigational Use of International Watercourses which was adopted in 1997. It is not bound by the law and this gives Beijing an opportunity to use the water without hindrance. And China is using this power by engaging in dam building and river diversion plans and other activities along international rivers without consultation with the riparian states.

It is justified that many of the South Asian countries have not ratified the UN convention as China (upstream) is not a member of the convention with whom they are dependent for water. 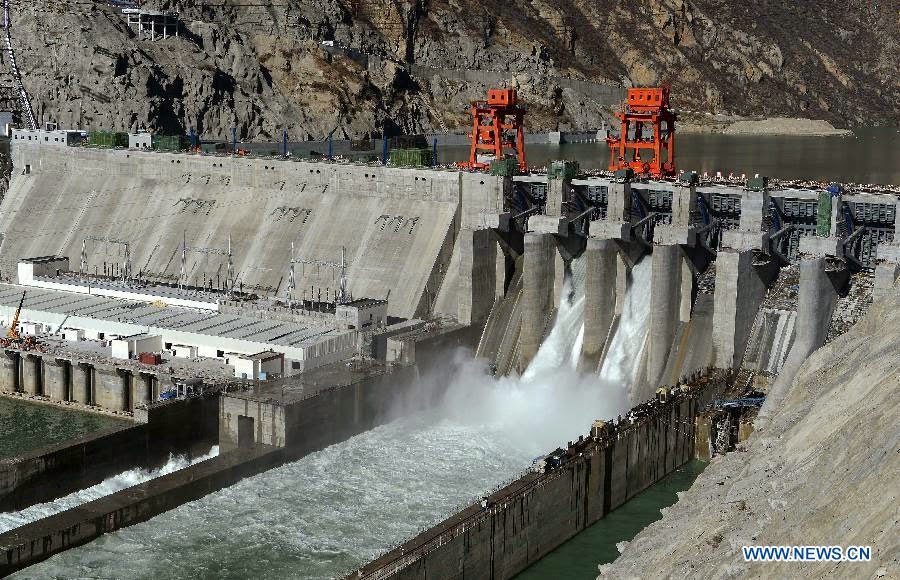 On January 2013, China’s State Council gave a go-ahead for three more hydropower dams on Yarlung Tsangpo, which are Dagu, Jiacha and Jiexu in Lhoka in south Tibet. Beside this, China has planned to construct seven more dams on the mainstream of Yarlung Tsangpo. When will the downstream countries raise this issue with China is still an unanswered question. Will it be after the completion of damming the river?

With China isn’t having any water sharing agreement with India and Bangladesh, it is not bound to any treaty and doesn’t need to consider the concerns of downstream countries.

In recent years the idea is floated that the hydropower is a source of clean energy.

However this idea falls within the realms of debate. The claim that hydropower is a source of clean energy is being used by Beijing to push dam-building projects in the region.

Damming of rivers might seem to some as a source of clean energy, while to others is damaging to the ecology. More ominously experts are aware that many of these dams being built are located in highly seismic prone area.  In an event of an earthquake, ineffective water management and deforestation in this region make the region vulnerable to flood or drought. These dams can wreak havoc accidentally or can be used to choreograph such incident in times of conflict and war.

A dam breach in May 2000 in Tibet led to a massive flood in Arunachal Pradesh and it caused an extensive loss of life and destruction of key infrastructure. The Indian government accused the Beijing counterpart for not sharing vital and timely information about the water level of the Brahmaputra which triggered a flood to Arunachal Pradesh.  This necessitated the 2002 agreement, in which China agreed to supply river flow data to India during the flood season.  But China refused to talk about its proposed dam building plan. So to avoid any political disputes with India, China shows its cooperative face for a short term when pressure arose and when pressure abates, China returns to its actual plan.

Moreover the flood remains a concern for the downstream countries and may worsen in the long run with the continued melting of Tibetan glacier as a result of global warming. Yao Tandong, a leading Chinese glaciologist, reports that the glaciers on the Tibetan plateau are now melting at an accelerating rate. He believes that the two thirds of these glaciers could be gone by 2060 if the melting continues at the same rate.

The Yarlung Tsangpo has its water source from these glaciers. If the glaciers continue to retreat at such rate then in future there will be a severe water crisis in Asia.

China continues with dam building on international rivers without consulting downstream countries. When the riparian countries voice their concerns, China always maintains consistency in its response to such accusations, which is invariably a complete denial, and then a promise to consult. After this China continue its dam building activities regardless.

In 2010, there was widespread drought in Southeast Asia because of China’s construction of hydropower dam on the upper reaches of the Mekong which originates from Tibet. This drought compelled many of the Southeast Asia to lodge their collective and strong protest to Beijing.

In order to prevent India and Bangladesh from lodging any strong protest, China announced its construction of the Zangmu hydropower station. Beijing also explained that the construction of this dam on Brahmaputra would not reduce its volume of water to the downstream countries.

Until now, India and Bangladesh have been reactive rather than proactive to show their concern about China upstream dam building. A tripartite agreement between them is imperative. It is therefore time for the governments of India and Bangladesh to come together and start initiating talks before it is too late.